Kids, of all ages, love scavenger hunts but 8 to 12 year oldsreally get into the fun of accomplishing a particular task, searching for an object or solving a mystery. Scavenger hunts are good for parties because they are a great way to entertain a group of children for an hour or so and are a lot of fun. To set one up all you need to do is jot down some ideas ahead of time and plan out your scavenger hunt. Here’s a suggestion for making one for a birthday party. 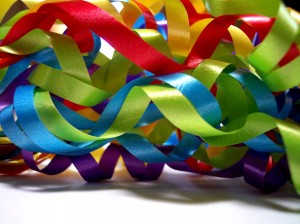 For example, the theme could be movie trivia and the party could be held in your home. One suggestion would be to plan to watch a movie, either at the movie theatre or at home and have the scavenger hunt be based on the movie everyone has just seen. The scavenger hunt could start when all the children return to your home after the movie.

Make it fun by hiding clues around the house asking questions about the movie you’ve just seen. Make sure to have some prizes on hand for the winners.

If you want to make it a bit more interesting and use cell phones try out the Textclues demo here. Check out our previous posts for some suggestions for clues you could use.

It is your turn to host an event for kids (e.g.: your child’s birthday party, a neighbourhood get together, or a fun fair, just to name a few events) and you don’t know what to do… Well, what do kids like the most? Games and winning prizes, of course! :) With a site like textclues.com, it enables you to cater both to the little and big kids by making a scavenger hunt adventure.  Scavenger hunts can be fun for all age-ranges, but using textclues.com, little kids will feel more important and like a “big kid” by using their parents devices (i.e.: their cell phone) to play a game. And, older kids will feel important to be able to use their cool gadgets to participate in some games.  So, 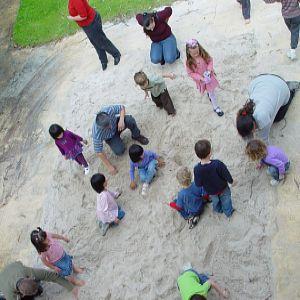 how would this all work? A few things you need to think about:

Do you want one large prize at the end, or a few small prizes in between the hunt?

This fact will more just help you with deciding the type of clues you may want to create in between the scavenger hunt.  If it is a big prize for the winner at the end, the clues can be a build up to the winning prize.  If it is a few prizes in between, you’ll have to think of clever spots to hide these prizes, while incorporating them into the clues!
Example: “You’re getting close to winning the secret treasure! Your pot of gold awaits you where you can find three posts together within an “M”.

Do kids work in teams or individually?
Depending on the number of kids participating, this may be the determining factor.  However, even with 4 or more kids, groups can work in your favour as it allows kids to also work together as a team and co-operate with one another to help get through the hunt.

Do you want the hunt to run like a competition where there is only one (team of) winner(s) or everyone running in the hunt will win a prize?
Personally, because all kids love prizes, I think each kid should win *something*, even if it is a smaller prize than the grand prize winner.

Should kids all be running the hunt at the same time or should one child or team run at a time? 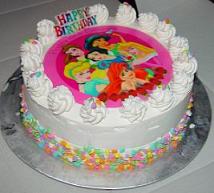 If all kids are running the hunt at the same time, it would be pretty straight forward because the person that reaches the last clue first will be the winner.  If you decide to have the kids run through the scavenger hunt individually, you can easily time each team or child to see who has the fastest time to finish the race.

Another idea that can add a little twist to your scavenger hunt can be as follows: Before beginning the hunt, tell each individual or team that at each clue station, they must pick up an object from the location. This means that you will need to ensure that there are an equal amount of objects at each clue location as the number of people/teams running in the race.  At the end of the race, you can do something silly like “The last requirement before potentially winning the prize is each team or individual must dress up one person as best as possible with all of the items picked up along the race” 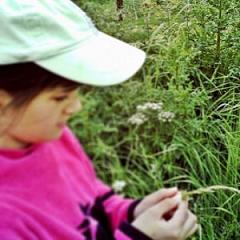 Or, even other obstacles and games can be incorporated into the scavenger hunt.  For example, at the end of the race, there can be a puzzle that the kids must put together prior to winning; or, perhaps the first team that can throw 5 bean bags into a basket from a certain area on the field will be the winners! This will allow the teams/individuals that perhaps were running a bit slower in the race to catch up with the rest of the teams, making the possibility of winning for anyone! :)

As you can see, there are so many different ways to spice up a scavenger hunt for kids and make it just that much more exciting.  Go ahead, and try one out today with textclues.com.  Your kids wont be disappointed, and they will be asking you for more in no time ;)

I am going to take the opportunity in this post to describe the various ways that scavenger hunts can be used to make an event more fun and enjoyable for everyone.  Subsequent posts will dive further into each of the scavenger hunt opportunities and provide you with specific examples on how they would be run :) For now, we’ll just skim the surface of each one… 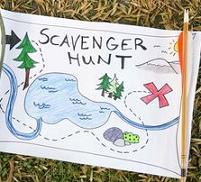 It’s your turn to host a kid’s birthday party.  The difficulty in this is normally:
a) keeping all of the kids entertained and
b) keeping all of the kids entertained :)
What do kids love? Prizes and winning things! By hosting a scavenger hunt for kids in either your basement, family home, or wherever the birthday party is taking place, you can ensure that the kids are entertained for the duration of the hunt, and be happy in the end by receiving a prize for themselves.  The best way to make this work, if there is a large group of kids, is to divide the kids in groups of 2 – 3.  Each group would be running the same type of scavenger hunt, with the same types of clues as the other groups, however in a different order.  This way – you won’t have kids running into one another while the hunt is in play and also, this minimises the number of hunts you would need to put together yourself. And of course, the end of the hunt will lead each kid to a prize they will enjoy winning.

Team Building Exercise:
Ahh… now team building exercises for the workplace don’t always have to be the same type of activities that you don’t enjoy participating in.  By creating a scavenger hunt for your company’s department group, this will allow individuals to:

a) Put on their thinking caps to determine where to go for the next clues
b) Enjoy and have fun out of a workplace event
c) And most importantly… work amongst a team in a collaborative way and get to know some individuals within the company that much better! :)
The scavenger hunt can take place within the company compounds, within walking distance of the company, or a combination of both.  Depending on the size of the group, groups of 3 or 4 are most ideal.  At the end, the winning team to arrive at the last clue first can be eligible to win a small gift card like a $5 or $10 gift card.

I know we already discussed a valentine’s day hunt in our previous post, but the same concept can be done for other special occasions for your significant other (or even for your friend’s!!) for birthdays or anniversaries.  Having the clues relate specifically to the person will make the hunt all the more sweeter for them and for the hunt to lead to a gift will make this day all the more special for them and a day for them to always remember…  Check out the Valentine’s Day Scavenger Hunt Ideas post for more information and an example hunt of how you can set one of these up for that special someone :)

Easter Hunt:
With Easter approaching, the hunt for those chocolate eggs and bunnies doesn’t h

ave to be completely a blind hunt!  By using a scavenger hunt tool like www.textclues.com, the hidden goods can be systematically placed in specific areas of where the hunt is taking place.  Once the correct answer to a clue has been found/answered, it can lead the hunter to some of the delicious goods… or you can make them antsy by making the goods only appear after certain clues so they will never know when to expect a prize! ;)  By doing it this way, also, you won’t end up finding chocolate from last year hidden away under your furniture again…

We’re going to stop here for now but next post we’ll talk about a few more scavenger hunt ideas (On-Campus hunts for pub crawls or school tours, teenage or adult parties, retreats/church youth group activities, and even for educational purposes!) before getting into more detail about them all. Stay tuned! :)