Here’s an idea for a fun activity for a group of friends: set up an Amazing Race using TextClues. First, split everyone into teams. The leader of each team needs a cell phone to answer the text message challenges. You’ll want to have clues that lead the teams on an amazing race all over the city.

Before you start the race, you’ll want all the teams to compete in a contest to determine who gets a head start. This can be a trivia game or each team can dress up in matching costumes Parcours Obstacle Gonflable and you judge which team looks the best. Based on the scores, you can stagger the teams so that one leaves every 5 minutes, so they don’t all race off at the same time. You can schedule all the text hunts to start at the same time but just don’t give them the envelope with the first clue until they leave.

It’s up to you whether you want all the teams to have clues in the same order, but we do have a “shuffle” button if you want to randomize the clues for each team.You’ll want to come up with a scoring system. Each team has three tries for each clue, so you can give them 3 points if they get it right on the first try, 2 points on the second try, or 1 point on the third try. Finally, there should be a bonus for the time taken for each team to finish the amazing race and get back to the starting point. You could make this a percentage bonus to prevent teams from just guessing everything wrong but finishing first.

Here are some ideas for clues you could use:

Clue: Welcome to the 2012 Amazing Race. Check for the first clue in your envelope. (Inside the envelope you have the clue: Head west 10 blocks. What year was the church built?)

Clue: Head north to the park. Mike will be waiting for a game of bean bag toss. He’ll tell you the answer when you finish the game.

Clue: Good job. Now head to the fair trade coffee house where we always meet up with Liz. On the wall they have a picture of a plantation from what country?

Clue: Head to the high school track and meet Jen. You guys will have to run some laps :) She’ll tell you the answer when you finish your sprints.

Clue: How many tennis courts are on the other side of the school?

Clue: Head south 6 blocks until you reach a park. What’s it called?

Clue: Head to the baseball stadium. How many years has it been open?

Clue: Use the pay phone to call Mike. Everyone on the team has to talk to him to make sure you’re all still there. 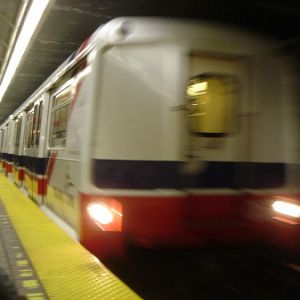 Clue: Yes hop on the subway and take it north 3 stops. Head into the shopping mall. What’s the name of the hair dresser up on the third floor.

Winning Message: Alright you’re done! Now run back to the start of the race before the others make it back!

Try our demo to see how to create a text message amazing race.