TextClues is a great way to conduct an American Sports quiz for your friends or family using text messaging. The sports questions can be easy or hard. As each question is answered correctly each participant is texted another question until all the text questions have all been answered correctly. At the end you can text them where to find their prize. The prize provides some buzz and excitement to the quiz as well as motivation to get the right answer ! ! 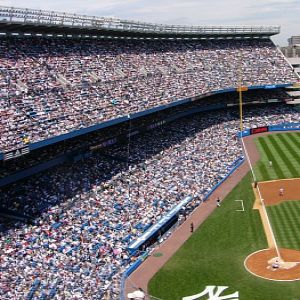 For example I recently used TextClues with my 2 youngest sons to create some excitement for the 2 Yankees tickets I had just bought for them. By asking a few simple text questions I was able to generate some excitement for the tickets, see below. This way rather Structure Gonflable than simply giving them the tickets they felt they had earned them, a win-win and they also hopefully learned some interesting facts about the Yankees in the process which they may not have known – maybe they cheated by getting some of the answers from Google – but still it was a lot of fun. Check it out ! !
Question: What was the full name of the team that won the World Series last year?
Answer: St Louis Cardinals
Question: What year did the Yankees last win the World Series?
Answer: 2009
Question: How many World Series have the Yankees won?
Answer: 27
Question: Who was the MVP the last time the New York Yankees won the World Series?
Answer: Hideki Matsui
Question: Who is the Manager of the New York Yankees?
Answer: Joe Girardi
Question: Where do the Yankees currently stand in the Eastern Division of the American League, answer using a number
Answer: 3
Question: What team is currently in top spot in the Eastern Division, answer using the name of the city
Answer: Baltimore
After answering all the questions correctly the following text message was sent: Congratulations, you’ve won a ticket to Saturday’s Yankee game, collect from Dad ! !

With TextClues, you can be creating a great sports quiz with text messaging like the above within minutes! Try it out today.